The Molested Catholic article #520 "I Lived in a Car in L.A. with a Teenage Daughter and Survived to Write About It, Part 2" is presented courtesy of the FAQyMe Gene

Add your financial support via PayPal.me/JohnABrown

Unfortunately we were not able to present the page in its correct original format nor could we includeall images, linked documents and much more simply due to a lack of funds to keep the code base and hosting for the more than 4,000 pages across multiple sites up to date and functioning correctly so that they can remain fully accessible to the public. PayPal.me/JohnABrown.

I Lived in a Car in L.A. with a Teenage Daughter and Survived to Write About It, Part 2

Description: We pull out and Lizzie cries out, 'Go mom, thereâ€™s two guys, go! Theyâ€™re just a few feet away from the car. Go!' My tires scr

I Lived in a Car in L.A. with a Teenage Daughter and Survived toWrite About It, Part 2

â€œI donâ€™t either,â€ she shivered, â€œthereâ€™s an old man whoâ€™s been walking by and looking at us every hour on the hour.â€

I started the car and pulled out.  Here, Iâ€™d thought the Hollywood Rec Center and park at Cahuenga and Santa Monica Boulevard would be a safe place for us to park, since weâ€™d be sleeping in our car that night.  I donâ€™t know, maybe some part of me was still stuck in the last century thinking public parks and rec centers are safe places.

We pull out and Lizzie cries out, â€œGo mom, thereâ€™s two guys, go!  Theyâ€™re just a few feet away from the car. Go!â€  My tires screech.  A block away I realize a car is following us and I become Steve McQueen in Bullitt on the flat side streets of Hollywood. We go left on Lexington, right on Cole, then floor it up to Fountain, criss-cross a few blocks until we are at Selma near Highland.  The car was still right behind us.  So now I became Bruce Willis in The Fifth Element.  Halfway into an intersection in front of First Baptist Church of Hollywood, I squealed into a U turn, the dudes in their car so close behind us there was no way that car could U-Turn too and follow us.  We drove away, watching them sink into the dark going the other direction.

The trick was to park as close to Hollywood and Highland as possible, ride the mammoth escalator past the shop that sells hundred dollar jars of cold cream, then acting like I belong there, walk along the mall second floor to the hall that leads to the Kodak Theater where the late night ladies room is located.

It was the last grasp I had of any class.

Funny. I could not have gone there every night without that coat

I had this black wool full length coat, and the winter months of 2004 it still got cold enough in L.A. to need a full length coat, especially in the wee hours of the morning sleeping outside, believe me.  My daughter bought me this coat in better days when we lived in San Francisco.  She had saved up from doing chores I paid her to do, and was able to go to the Macyâ€™s on Geary  Street, and buy it for me Christmas 1995 or 96.  It was an elegant cut coat of fine fabric.

So even though in that long black coat Iâ€™d been sleeping and walking and meeting and digging in the backseat and standing in line for food and sometimes practically bathing in that rest room outside the Kodak Theater, I could still feign a sense of entitlement as we walked through Hollywood Highland Mall, as the clock struck close to three AM before the rest rooms closed.

This homeless lady had style.

After freshening up in the ladies room, smiling through lipstick at the girls who dropped in from nearby night clubs almost naked, Lizzie and I walked back to the 1995 Ford we now called home and drove up the hill to the spot where I should have parked to begin with.

Across the street from a clean new house with a pickup truck in the driveway, Iâ€™d been parking almost every night.  Somehow that particular spot a half block south of Franklin, less than a half mile from the apartment where weâ€™d lived for five years until falling through the cracks and becoming homeless November 2003, that parking space on that side street had come to feel like home.

Delivery of Hollywood trade papers woke us in the AM

On that particular street, a lot of working actors and writers and people moving up in show biz live, the street Iâ€™d begun to call home when we were homeless.  So during the night and early in the morning as we were invisible sleeping with our eyes half open in the dark parked under a tree, Iâ€™d hear drivers pull up, pull on the brakes, and run up to front doors around us, delivering the rewrites, blue pages, yellow pages, dailies, revised contracts, at least that is what I surmised, having been living alongside show business since about 1966.  Theyâ€™d pull up right beside us all night long and double park, spitting distance of where we were sleeping, me behind the steering wheel, Lizzie shotgun.  Our 10 year old Taurus had reclining seats, but by this time weâ€™d accumulated such a mess of stuff in the back of the car that neither front seat would go back more than 45 degrees.

The sound of delivery drivers coming and going was soothing, began to have a homey feel to me, like wind in the trees, birds chirping in the early morning, police helicopters going overhead every night around 3 AM, these all became homey comfortable  sounds for us as we lived in our car in winter 2004 on the streets of Los Angeles.

I had a portable radio, a cracked plastic thing from the 1980s, but it worked. Listening to AM radio all night the batteries lasted weeks.  I became a fan of Coast To Coast, the overnight radio program with stories of the paranormal, obtuse religions, visitors from other planets.

As weâ€™d doze and awake through the night there in the Hollywood hills, Iâ€™d know when it was getting close to sunrise.  Thatâ€™s when the delivery guys brought the trade papers.  Iâ€™d hear the familiar motor pull up close, the car door open and close, familiar footsteps.  Several houses on this block got front door delivery of The Hollywood Reporter and Daily Variety every morning, in this block where I felt I was so at home.

Somehow hearing that daily delivery of the Show Biz Trade Papers reminded me that life can be rebuilt, sometimes even from the bottom up, even from below the bottom, which is where Lizzie and I were just then.

Part One of this story is here

Posted by Kay Ebeling, Producer, The City of Angels is Everywhere
Journalist and Adult Victim of Pedophile Priest Crime Survivor, work in reality TV production in Hollywood, California. Dedicated to getting out the truth about coverup of sex crimes in the Catholic Church at http://cityofangels8.blogspot.com -however, love to get my head into myriad other topics blogging here. 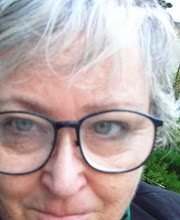 Constant favorites on The FAQyMe Gene

#142 How aware are Australians of the truth of the cover up of the sexual abuse of children in 2018?