The My Broken Society article #1096 "Don't tell me what to say!!" is presented courtesy of The FAQyMe Gene

Don't tell me what to say!!


Unfortunately we were not able to present the page in its correct original format simply because of a lack of funds to keep the code base for the more than 4,000 pages across multiple sites up to date and functioning correctly so that they can remain fully accessible to the public.

Link to Next potential 1097

Don't tell me what to say!! 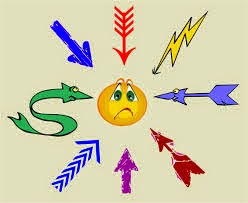 Today I heard yet another worrying  story from a survivor who has been very badly hurt by an organisation supposedly run by survivors for survivors. She had been told she could not say something. The person sounded quite heartbroken, and re-abused.
I can really relate to her feelings, there is a common misunderstanding that ALL survivor organisations are good and wholesome and on the same page.
Not necessarily so. There may be some good ones, but in this world of survivors there are many occupants, all of them with a different angle , a different mission. There is a regular cottage industry having been created around this tragedy!
I donâ€™t believe there is a "one fits all" approach, in fact I think having an organisation which dictates how a survivor should feel or what they say borders on the sort of dictates meted out by the church. Exactly the sort of bullying tactics that you would expect from a narcissistic regime. I donâ€™t see the point of replacing one such judgmental institution for another! Just  a different kind of dis-empowerment.
It disturbs  me, it is something that I have indeed experienced.
Despite being fairly high profile in my other work, when I first â€œcame outâ€ or â€œcame inâ€ to this world of clergy survivors I was pretty green!
I had been asked to take part in a mainstream TV documentary to protest the popeâ€™s visit to the UK and the floodgates opened thereafter.
I blindly went on to various meetings and press conferences that week, which involved other survivor groups  unknown to me, because I was feeling that now I had â€œcome outâ€ as a survivor, it may help others to do the same.
My first experience was with an American group that had come over. They had somehow got hold of my phone number from the TV company and rang to introduce themselves.
Great I thought,maybe some â€œkindred spiritsâ€  but no - it was a phone call to tell me what I MUST do and what I SHOULD be saying and how I MUST be at this meeting or that event. I found it quite offensive and  extremely patronising.
The next experience was at a huge press conference where there were at least 45 countries represented and as many cameras.
As I  walked into the hall, I was pounced on by a lady from the survivor world who I had not met but who had been on a radio debate at the same time as I, and so she felt ok to grab me slobber all over me. I recoiled, and she was offended, and I was acutely aware that despite calling herself an â€œexpertâ€  she had no understanding of the need to be careful of the personal space of someone who has been seriously sexually abused.
Then there were other groups  at the press conference and there was a frenzied scrabble to get to the nearest camera, survivors pushing other survivors was quite an unpleasant spectacle.
The pope protest march came, and I was privileged to be asked to be the first speaker.As I have said many times before , I could have had no idea there would be twenty thousand people on that march! 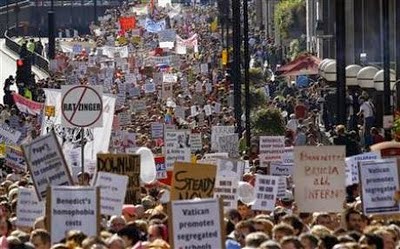 After I had made my speech, shaking and overwhelmed, the organisers let me sit in the truck that was leading the march, and so I was driven around London very slowly at the head  of the protestors!
As we went passed a group of bystanders, some of whom were from a well know British  â€œsurvivorsâ€ group,  they couldnâ€™t see me but I overheard a scathing comment wondering why I had been asked   to lead the march as there were others there who SHOULD have been chosen.
I was mortified, I  was hurt and I felt attacked again. I had answered a call to do my bit and I was so disillusioned, having believed that when I met other survivors I would automatically feel a kinship.
I vowed that this would be the last occasion that I had anything to do with groups!
As I have said before, all of that changed when I went to Rome that October, I met survivors there that I felt immediate closeness to, Gary from the US just put his cheek next to mine, and Bernie also from Boston hugged me. My  deaf and speech impaired friends from Verona hugged me and it was all ok, they instinctively knew the boundaries and our shared pain. Tomasso put his arm around me and said â€œlets walk togetherâ€ and Shelley had her arm in mine. Ton and I felt we had been brother and sister in another life, and Survivors Voice Europe was born.
Now we are nearly five years old, and I have had many more experiences in that time, some great and some bloody awful! But I am still as clear about the message of Survivors Voice Europe as I was then.
NONE of us have any right to tell another  survivor how they should feel, what they should say, how they should say it  or who they should join. We donâ€™t need another Guru!
Each survivor has the right to be and say whatever they feel. We feel priveleged if they choose to say it to us.
We may be damaged or disturbed, we may not be articulate or even educated, but we all have one thing in common and that is we have SURVIVED the worst betrayal of body and trust.
We have many successes on a daily basis, we also have some royal fuck ups - but we are now becoming EMPOWERED.
We wanted to offer a space  where survivors can at last be themselves, can say their truth without fear of judgment or embarrassment, can feel safe and connected to others, and can learn to care for themselves properly so they are stronger in their fight against injustice.
Even if every pedophile priest is prosecuted and jailed, even if all the colluding bishops are unfrocked, even if the pope resigns, hands over vast amounts of money,  and pigs start flying, we STILL  will have hundreds of thousands of betrayed and disaffected human beings .
In the absence of the World catching up and realising that there are  hundreds of thousands of us, who may be in need some care, then we HAVE got do that  for ourselves!
What we donâ€™t need is to feel vulnerable to abuse by those who SHOULD be celebrating our saved lives, instead of telling us how to live them. 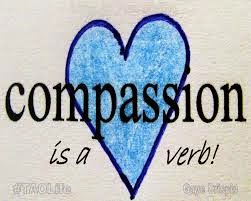 Link to Next potential 1097

It has been an honor and a privilege to provide more than 20 years of availability to those who seek further information on the reality of the global clergy abuse crisis in the Roman Catholic and other religions.

Contact me if you need assistance in locating specific pages or if you or someone you know sees the importance of keeping these pages active by assisting in keeping the full access to the sites information available to the general public.