The My Broken Society article #1085 "Don't ring me...!" is presented courtesy of The FAQyMe Gene


Unfortunately we were not able to present the page in its correct original format simply because of a lack of funds to keep the code base for the more than 4,000 pages across multiple sites up to date and functioning correctly so that they can remain fully accessible to the public.

Link to Next potential 1086

Description: I am still quite bemused why Premier christian radio still phone me up for comments when there is yet another ridiculous and in 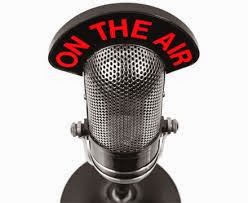 I am still quite bemused why Premier christian radio still phone me up for comments when there is yet another ridiculous and in this case, quite offensive, PR stunt coming from the vatican.They are talking of course of the popeâ€™s insulting idea to meet with â€œvictimsâ€
Interviewerâ€ What do you think about the popes statement that he is prepared to meet with half a dozen â€œvictimsâ€
Me: â€œUtterly ridiculous, another in a long line of meaningless PR stuntsâ€
Interviewer: â€œ What good do you expect to  come  out of such a meeting?â€
Me: None whatsoever, apart from whatever publicity the vatican can muster for themselves , it will do NO good to survivors, and can only benefit the vaticanâ€
Interviewer : What do you think of the pope likening child abuse to performing a black massâ€
Me: I wonder which century he thinks he is living inâ€
Interviewer :â€œBut donâ€™t you think his likening it to satanic practice significant?â€
Me:â€ I would be happier if he recognised that the rest of the world view it as a crime against humanity!â€
Interviewer:â€ What else could he do?
Me:â€ Everything he has been TOLD to do by hundreds of lawyers, thousands of survivors loads of activists and now TWO U.N. committees! Simple!â€
Interviewer:â€ He did say there would be zero tolerance for clergy abusing childrenâ€
Me:â€œSo what does he want brownie points for catching up with everyone else! There isnâ€™t a  decent person on the planet who would suggest anything but zero tolerance!â€
Interviewer: â€œDonâ€™t you think it is good that he is â€œreaching outâ€ ?
Me: â€œReaching out! reaching out! what are you talking about! When hundreds of thousands of clergy abuse victims have been SCREAMING OUT for decades? and they have been dismissed, disregarded, lied about, abused over and over again! What the hell do they know about â€œreaching outâ€! We donâ€™t want them to â€œreach outâ€ we want them to be held to account!
Interviewer: â€œWhat would you say if you were invited to go?â€
Me: NO !
Interviewer:â€But if you were invited what would you say to the pope?â€
Me: It wouldnâ€™t happen because I wouldnâ€™t go!â€
Interviewer : But just imagine you did go?â€
Me: I cannot imagine anything worse, I simply would NOT be there!
Interviewer:  â€œ:But there will be some victims who will goâ€
Me:â€ Yes you are absolutely right, there will be some hand picked â€victimsâ€ who are still in the grip of the church, or  naively imagine they have some clout, but they will be used and abused again,even if we ever get to know who they are! and they will remain just that -Victims
You would not catch a SURVIVOR  going anywhere near them!
Interviewer : Well thank you very much for taking the time to tell us your thoughtsâ€
Me: â€œMy pleasureâ€
Me: Away from the radio â€œWhat the f... do they still ring me for? I never say anything they want to hear!
And which part of â€œWe wonâ€™t dance to the tune of this  narcissistic criminal organisationâ€ do they not understand?
I am being told that â€œvictimsâ€ are divided about this visit!
Well "victims" may be   SURVIVORS are not!
Link to Next potential 1086

It has been an honor and a privilege to provide more than 20 years of availability to those who seek further information on the reality of the global clergy abuse crisis in the Roman Catholic and other religions.

Contact me if you need assistance in locating specific pages or if you or someone you know sees the importance of keeping these pages active by assisting in keeping the full access to the sites information available to the general public.